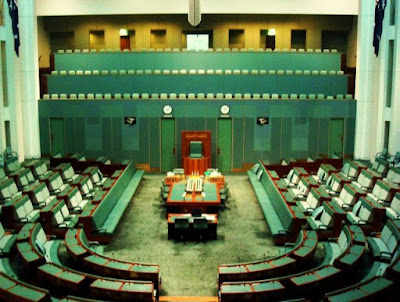 While we deify the concept of democracy, it appears to have lost much of its shine. The magic of democracy has diminished as a number of numbers show.

The declining faith in democracy is illustrated in the marked reductions in voter turnout observed over the last 50 years in Australia and elsewhere in the world. Political scientist Simon Tormey in a 2016 lecture at Parliament House reports that while voter turnout varies from vote to vote, the general tendency is that we are becoming "reluctant voters".
Party membership has also declined sharply over the last half century. Tormey reports that in the 1960s, it was common to see around 30% of the population signed up as party members in advanced democracies. Today, that number is in single digits, even as low as 1-2%.

The appallingly low public trust of politicians also serves as a useful indicator that democracy ain't what it used to be. Politicians used to be esteemed as being in public service, but are now rated "in last place among a basket of professionals that [includes] second-hand car salesmen, lawyers and estate agents. The very word 'politician' has become a byword for sleaze, self-serving, narcissism and incompetence." (Tormey 2016).

And finally, Tormey argues that public interest in politics has also declined. He points to research showing that media attention given to political coverage is in decline, and that coverage tends to focus more on the misadventures of politicians rather than politics and policies.

Tormey suggests that these data show the shape of a democracy in crisis. But this is only true if we are wedded to the idea that democracy is some sacred, irreproachable good.

Faith in democracy is in decline. And the priests of democratic ideals are flogging an increasingly irrelevant ideal. And further undone as we increasingly discover that the keepers of the sacred cow of democracy are milking it for their own benefit.

There is another important marker of the declining faith in democracy, but it is often overlooked. This metric is a little more insidious, and is likely to pass by without recognition. Especially by those who are already sure of the "good" of democracy.

“Democracy is the worst form of government, except for all the others.” (Winston Churchill)

The important data that are being overlooked and misunderstood are those from voting itself. In particular, votes where the final outcome is a close contest.

Consider the following close contests:
So what do these numbers mean?

To someone who sees democracy as the golden standard, they see in each case that democracy has successfully determined the will of the people.

But it is not the will of the people, it is the will of half the people! The other half had their will denied. Approximately one in every two people got precisely the opposite of what they wanted.

These close contests are not triumphs of democracy in action, but evidence of the problems arising when democracy operates on slim margins. To say that democracy has triumphed is only true if we focus on the thin margin by which one side won, and ignore the startling large proportion of the population - almost 50% - who are left unhappy by the result.

Perhaps the recognition of the startling large proportion of the population - almost 50% - who are left unhappy is sufficient to encourage us to re-view what this outcome really means. 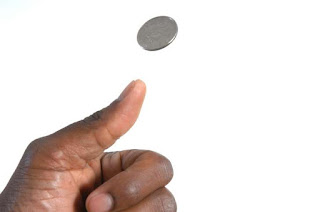 If I ask a very large sample of people to predict the outcome of a coin toss, and I get a result of 50:50, what does it mean? The most parsimonious explanation is that the people "don't know". They guessed, and half got it right and half got it wrong.

However, a proponent of psychic power might argue that this result shows that 50% are psychic and 50% are not. But isn't their interpretation of the result simply using the result to reaffirm what they already believe?

Those who are pro-democracy are a little like pro-psychics. They interpret the near 50:50 result with a narrow margin to one side as a successful execution of the democratic process.

A statistician would disagree. A 50:50 result shows high levels of uncertainty. When people don't know how to choose - or think they know but do not - then the ultimate result is equivalent to a coin toss.

Votes are important, they are emotional, and the stakes matter. Citizens are encouraged to exercise their right to vote (even obliged to do so in some jurisdictions like Australia). And so of course, this means that voters care and the situation is volatile. When the outcome of a vote is uncertain, you can be certain that whatever the outcome, it will be unpopular. Because nearly 50% of people will be "losing".

When votes are close, it is difficult for pollsters to predict the outcome.

Consider a pollster trying to predict the outcome of a coin tossed N times (where N is the size of the voting population). The final outcome is impossible to predict - other than that it will be close to 50:50. The pollsters are as likely to get it wrong as right.

The media and public have used these failures to upbraid the pollsters, but the real lesson is being missed.

And regardless of whether the calls are right or wrong, a close decision is likely to generate a strong backlash.

In this analysis, it is not increasing polarisation of views and the development of echo chambers that are contributing to close (uncertain) outcomes, but rather, the other way around. Uncertainty about the best choice and about the outcome is fertile ground for polarised thinking.

Democracies fail to capture uncertainty as they typically rely on counting responses to overly simplified questions. Elections and referendums are highly complex with multiple attributes and multiple considerations. Much information is shared, but it leads to overload and paralysis. And the final decision comes to rely on prior prejudices, irrelevant cues or a coin-toss.

Take the vote for a local representative. The candidates are vying for a job where the winner will get to make tens, hundreds, even thousands of decisions. Each voter meanwhile, gets one decision - A or B. The voter's task is to make an exceedingly difficult calculus of who will best represent her interests on multiple issues. And that is before we even ask the vexing question about whether either candidate can or will actually do what they say will.

Similarly, the Brexit referendum is asking the public to make a remarkably sophisticated decision, one that even economists cannot agree on. By what basis is it reasonable to hope the general populace can make a good decision?

Curiously, in the big battles, both sides are likely to agree on one thing: the defenders of the other side have been misled. Maybe both sides are misleading (yep, that seems about right), and the outcome is that people are dazed, confused, disheartened, and their vote necessarily represents uncertainty rather than reason.

"The best argument against democracy is a five-minute conversation with the average voter." (Winston Churchill)

So the priests of democracy, the politicians, have granted and encouraged the voter's rights. In some countries voting is even obligatory and mandated. But what outcome can we expect to a question that is very complex--i.e., who should I choose to represent me on all issues that matter to me for the coming four years? If even the experts disagree, what hope is there that the general populace will genuinely grasp the nuances of the decision they are being asked to make. The outcome? Close results reflecting uncertainty, and certain unpopularity and polemic.

The first step is to recognise that a simple question with simple responses cannot adequately capture the nature of responses to complex issues. 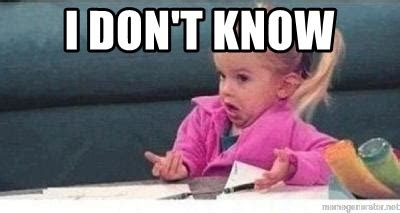 Where's the option "I don't know" which allows the electoral commission to explicitly capture the uncertainties of the people?

Where's the option for "None of the above"? An especially important option when few are willing to place a lot of trust in politicians today.

In Brazil, elections are compulsory. However, people can place an 'annulled' vote by writing the name of their own candidate or handing in a blank piece of paper. And they are doing so in a big way. In the 2016 Mayoral elections in Brazil, over 40% of candidates in Rio de Janiero cast blank or annulled votes! People want other options.

The second step is to step back, to re-examine democracy.

Most people do not want to have to vote on each and every single issue as would be implied by a direct democracy and as satirised in the 1970 English film, The Rise and Rise of Michael Rimmer.

And most people have reservations about how much they can trust an elected person to fully represent them on the wide range of issues that confront governments now days.

One possible resolution is a hybrid solution such as "citizen juries" where a group of citizens are impanelled (like a jury in a court), are then informed at length about the pros and cons of some issue. Debate follows and efforts are made to move the panel towards a decision on how to tackle the issue, and on what policies might be adopted.

There are also a range of other alternatives which have various strengths (and weaknesses). At the very least, these alternatives sharpen our thinking and help elaborate on the emerging weaknesses of our current system.

I don't have a clear solution, but I do think we can agree, mass democracy in its current form (both voting for representatives and direct voting on a referendum) is somehow failing us. Problems such as the Brexit mess highlight the limits of the current democratic system.

Our mistake is to ignore the signal among the noise. The data show uncertainty, and correctly interpreted, undermine the power of democracy rather than provide testimony.

When decisions become very complex and difficult, when only two responses are allowed (A or B) and when the outcome is close to 50:50, the results reflect statistical noise. And statistical noise or uncertainty begats emotional and polemical noise. 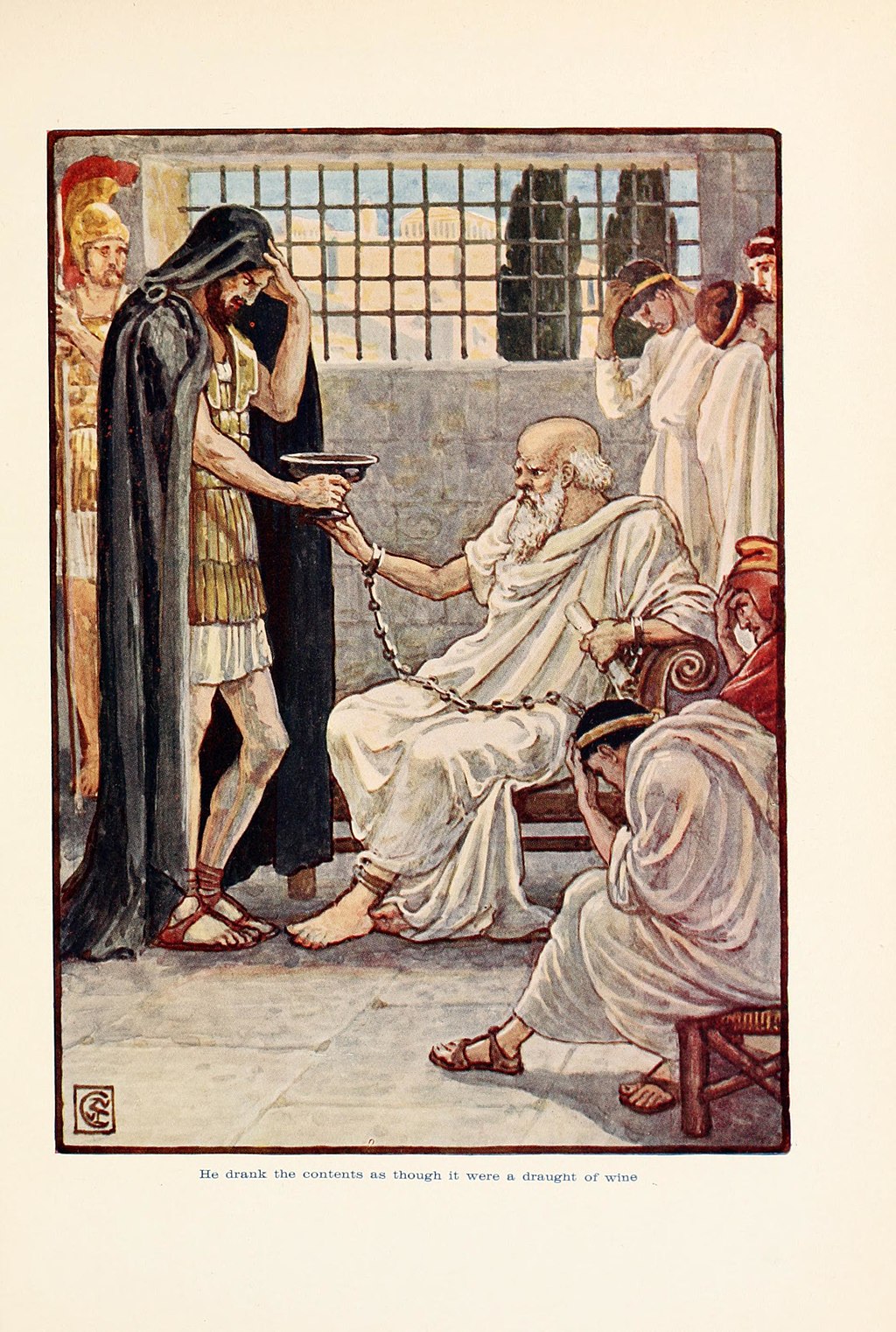 What we are seeing in close results is not the success of democracy, but its limitations.

Democracy does not necessarily return "good" decisions. Over 2000 years ago, approximately 56% of the panel of 500 Athenian men assembled for the trial of Socrates voted him as guilty of corrupting the youth. And voted for a sentence for him to die by his own hand by drinking hemlock.

The decision may have been democratic, but it is surely contestable that it was right. That this democratic decision led to the demise of Plato's mentor and teacher may explain Plato's opposition to democracy (see The Republic).

And today, the margin of the democratic majority is often much less. Democracy does not determine right and wrong.

Moreover, when the vote is split down the middle, the vote may actually reveal that the solution is uncertain.
Posted by Ssh at 16:05