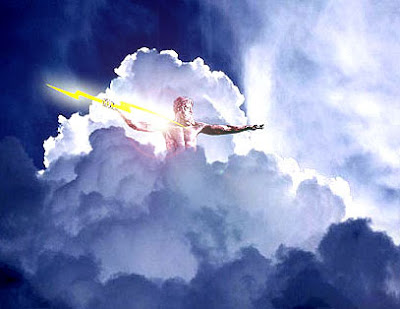 "Do you believe in God (however you choose to define that entity or those entities)?"

A dichotomous version of this question would allow only "Yes" or "No" as responses. But doesn't this create a false dichotomy?

In particular, if I respond "No", someone might respond, "Ah, so you believe there is no god".

But that's not what I'm saying at all. I'm merely saying that I do not hold a belief in God. That is not the same as saying I hold a belief that there is no God(s).

There is some ambiguity in the original version of the question "Do you believe in a god?"

One version is "Do you hold (or have) a belief in God?" To which I can legitimately respond, "Yes" or "No".
The other version is: "Does God exist?" To which a more nuanced response may be justified.

The first version of the disambiguated question ("do you hold a belief in God") really hinges around the issue of whether a belief exists in me or not. And it seems self-evident that I should know whether I hold a belief or not. And that the truth of whether I hold a belief or not is for me to know, and for you to find out if and only if I tell you!
The second version ("does God exist?") hinges around whether God exists or not. And that can lead to a long and interesting discussion where the truth might never be plumbed.
Seeing the ambiguity better by changing the object
The ambiguity of the original question - and of the correct response - is important to a large degree because of the object: "God".
Consider another question in which I change the object to something like say a number that could be a phone number:
"Do you believe that +61 449 904 499 is a phone number (defined as a currently connected and operational Australian phone number)?"
What's your answer? (No dialling - what is your response without any evidence?).
In this question with a fairly trivial object (a possible phone number instead of a possible deity), you may feel inclined to respond "I don't know".
The response focuses then, on whether the phone number exists rather than whether the respondent's belief exists.
In the case of a non-trivial object such as God, the question could be about whether God exists or whether I hold a belief about God's existence.
And the disambiguation is important because many end up in arguments with others, not because they hold different beliefs per se, but because your beliefs conflict or are incompatible with my beliefs. That is, the argument is not about what different beliefs one holds, but about what is true - all while the truth is uncertain.
"Do you believe in God?"
Are you asking me about the ontology of my belief or the ontology of God?
My response to the first is "No, I do not hold a belief in God."
My response to the second is "I don't know whether God(s) exists'."
Posted by Ssh at 10:24