Don't lie if you want the Easter bunny to visit 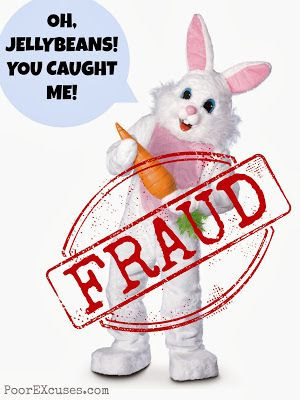 The Easter bunny is apparently a German innovation and brings painted eggs, candy and even presents to children who have been good.

What a delicious irony! A fiction to encourage honesty along with other good behaviour.

Meanwhile, neither parents nor clerics tell their respective flocks that there is no "bunny" in any of the stories about Jesus' death and resurrection.

We are not told that the word Easter commemorates a pagan goddess, Eostre. Or at least, might do if St Bede's account of Eostre is not a lie as at least some scholars contend!

What a web we weave,  when we practice to deceive.

Does it matter if we lie? Well, how do I know when to believe?

The Bible (to stay with the Easter theme) would have us believe that Jesus was crucified on Friday and resurrected on Sunday.

Is it true or is it a lie? That's an awful lot of consequences if that is a lie!

But let's back up a little. Let's start by being a little clearer about what we mean by lying.

Pete and Jay are two mates who have just enjoyed a glass of red and a meal. But during the meal, Jay made a startling admission. He said that he believes some people are out to get him and that he is likely to be killed in the very near future.

As they are walking away from the dinner, a powerful street gang grabs Jay and hauls him away.

Pete is unsure what to do, but then, a young street thug with aspirations to be included in the local gang comes up to him and says, "Hey, are you were with that Jay-dude?"

Pete could reasonably say "No."

No, I'm not fully "with him" because frankly, he was sounding a little paranoid at dinner - although recent events show that in a different light.

And technically, I am not with him, because he is over there being hauled away by that gang, and I'm here talking to you.

Is that a lie?

Or someone might ask me: "Did you create this scenario of Pete and Jay yourself?"

"That's funny because it bears a strong resemblance to the Bible and Peter's denial of Jesus after the last supper, the day before Jesus was crucified!"

Sure, but I did create the scenario, so I didn't lie, did I?

Yes it is a game of semantics. It delineates the wide grey area which marks out the game of deception.

Lying is issuing a statement that is untrue. And if the statement is vague or ambiguous or contains contested terms, we might be able to dodge a claim that we have lied.

Clinton's defence was that he considered that his being the receiving partner in oral sex did not count as sexual relations.

He successfully dodged being convicted of perjury (lying in court). But pretty much everyone agrees he was being sneaky and deceptive, and he was held in contempt of court.

And so now, we move into other forms of deception, ways in which we deliberately misrepresent ourselves to others.

But first, let's briefly explore the fuzzy nature of truth. If I tell you something that is not true, am I lying?

For instance, I introduce you to my father, but what if - unawares to me - he's not my father! After all, three to five per cent of children are fathered by someone other than the one they think is their father. (They call it paternity fraud implying someone has been deceptive).

So a lie is telling you something that I believe to be untrue. 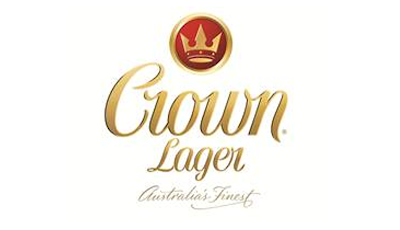 But what if I claim as true something which is virtually impossible to prove as true of false?

Such claims are called "puffery" in marketing The claim reflects a subjective opinion, cannot be proved or disproved, and/or is one which no reasonable person would take literally.

Puffery may not be lying, but it does seem deceptive. For instance, it did lead CUB to an awkward situation in 2015 when they claimed to have improved Crown Lager. So what is Crown Lager now? Even more finer-er?

Philosopher Harry Frankfurt refers to such a claims as "bullshit" and suggests that they may be even more dangerous than lies:


"[The bullshitter] does not reject the authority of the truth, as the liar does, and oppose himself to it. He pays no attention to it at all. By virtue of this, bullshit is a greater enemy of the truth than lies are."

But back to lies, what of "little white lies"?  Is it deception, lies, or bullshit?

Mostly, I think they are lies.

Arguably, they are acceptable lies. Acceptable because they mostly reflect social niceties and politeness as in greetings.

"Yep, doing well, thanks for asking."

Ultimately, "little white lies" are lies we tell ourselves justifying our lying to others.

So why do we lie?

There are other arguments like "everyone else is doing it." But that does not explain why we lie, but rather, offers a prop, a justification which support lying. We generally lie to protect self-interest or the interests of others.

When my self-interest is at risk, I may tell lies to protect myself. I lie out of fear that the truth may lead me to get harmed - as in Pete's denial of Jay in the earlier scenario.

Sometimes, I may tell lies is order to promote myself, a second form of self-interest.

I lie to elevate my status, esteem or image, perhaps even to get a job: "I attended Harvard University."

Frank Abagnale famously impersonated an airline pilot, a doctor and a lawyer. The film Catch me if you can, was based on his autobiography.

At other times, we tell lies so as to not harm others, to protect others if you will.

Sometimes we lie to someone to protect a third party. Jay has been arrested, tortured and is likely to be killed. Jay is asked "Where can we find that other guy you were with, that Pete-guy?"

Should Jay tell them?

Most think not. Aha, so it is okay to lie? So what are the conditions where it is okay?

(Kant makes a notable exception who like one of the early loves in your life, apparently valued honesty above all other virtues. Kant believes humans deserve respect and dignity - and lying is not respectful. And yes, even if they are humans hunting others with murderous intent).

Where do we draw the line between acceptable and unacceptable lies?

Purists might take a strong view that no lying, no deception is justified. But is this true?

In general, we are perhaps inclined to think that we often deceive and lie so as to protect self-interest. And that protecting self-interest does not a very compelling ethical justification for deception.

But might we change our view if the lie would protect us from considerable potential harm?

Returning to the Jay & Pete scenario from earlier, Jay has been hauled away, and a young hoodlum approaches Pete and says "We're hunting down a guy called Pete, we have a contract to kill him. Are you Pete?"

In this instance, lying and deception is perhaps more permissible even though protecting self-interest.

We might also be inclined to be more permissible if the lie was to protect the interests of others. Someone comes to Jay's door and asks "Do you know were Pete lives? We want to kill him."

Are we still inclined to take the hard line on never tell a lie? At least some philosophers would contend that we should never tell a lie, even to protect the life of another.

Immanuel Kant takes a hard line against lying and argues that to permit lying is to corrupt our moral capacity. He argues that we are obliged to treat every individual with respect, allowing them the power and the freedom to choose for themselves. To lie or deceive to someone is to undermine that individual's human dignity.

Kant and other hard-liners aside, it seems that lying to prevent harm to self or others might be permissible.

But how much harm justifies a lie? Probably not much - if the amount of lying that goes on is any good indication.

For instance, we tell "little white lies" out of a kind of politeness to others. I tell you I'm doing well, partly because I'm not really interested in telling you the truth, but more importantly perhaps, I figure you're not really that interested in knowing.

I lie out of self-interest and other-interest - but the harm prevented seems pretty trivial! Instead of five minutes of genuinely understanding how one another is going, we settle for some "little white lies."

Sometimes we fib or flub so as to avoid hurting others.

"How do I look in this outfit?"

"Great" I say, even if my subjective opinion is that you look awful.

I'm protecting both my self-interest and your interests.

Strictly speaking however, I cannot be sure whether I really do understand your interests. Would it be harmful to tell you the truth... or more harmful to lie if you are later mortified that you took me on my word and became the laughing stock of the event you attended?

Alternatively, I could be a straight-shooter. You ask the question, I tell you, and you're upset at me, but ultimately I may have saved you a lot of later embarrassment.

Assessing the interests of the other are difficult and herein lies the nub of the problem. The other party may not be able to handle the truth, but might also come to hate the lie. The other person may hate the truth (and more likely the messenger), and may never come to realise that they were saved from a major social faux-pas.

To lie, or not to lie? Is for the liar, not the interlocutor, to decide!

One other consideration for the would-be liar is to recognise that your reputation rests on (a) whether you lie or not and (b) where you are caught or not.

So be honest, don't lie, and above all, be very careful you don't get caught lying.
Posted by SJ at 23:35