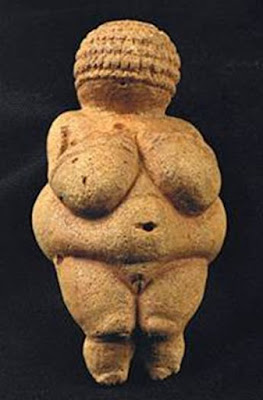 Most people view obesity as an unequivocal bad -- both for the person and the public. But obesity is a wicked problem. That is, the obesity problem is ill-defined, characterized by complex and contradictory evidence, and unresolved due to conflicting judgments of what is "good" or "bad".

Just one example of how the problem has been oversimplified is in identifying "big food" as the enemy, just like big tobacco before.


The media, public health and popular views all share the view that obesity is a problem, but the real nature of the problem is more complex than many seem to realise.

What is the problem in the first instance? Obesity is not always viewed as a problem. Some suggest that obesity may be a positive social signal (Mankar et al. 2008), a sign of wealth and status (Wells 2006).

Even today in the West, parents and medical staff are delighted when babies are well above the norms for their age in terms of weight, and concerned if they fall below the average.

However, obesity may be becoming a bigger issue as its prevalence is growing rapidly among children (we're still not worried about babies) and adults. The reason why is far from clear.

Perhaps more significantly, what is the problem posed by increased obesity?

The public health view often portrays obesity as a dire condition, but a systematic review (Flagel et al. 2013) suggests that the obesity-mortality relationship is not as strong as some might fear.

Some have pointed out that obesity is relatively benign metabolically (Hughes 2008) and that talk of an obesity epidemic has been “overblown” (Gibbs 2005). Obesity may even be apparently protective in some circumstances as in the so-called "fat paradox".

Even if it is decided to be harmful for the individual (with such and such a probability), on what basis is it right for public health to proscribe individual choices, preferences, pleasures?

The claim that obesity costs the public health system does not appear to bear up when life-time health costs are examined (Van Baal et al. 2008).

But let's assume that obesity does harm the public good, and further assume that it is okay for public health and policy makers to influence what can be marketed or not, and what consumers can consume or not.

Are we not now allowing these authorities to promote a leaner body image? How is this acceptable when marketers have been critiqued on one hand for promoting overly-idealistic body images while others are being simultaneously critiqued for promoting obesity?

Dogmatism appears to be preventing a more probing examination of the complex nature of the issue. There are two forms of philosophical skepticism that need to be applied. The first is epistemic, the second is ethical.

Dogmatism fails to acknowledge the two forms of uncertainty - epistemological (what we know) and ethical (what we ought to do).

Epistemically, judgments are made about what is true - even while evidence is conflicting.

Ethically, judgments are made by public health and policy makers on what constitutes "good" behaviour - even while clearly impinging on what is ultimately a very personal decision about how we choose to take on energy and how we choose to expend it.

Obesity and the public health approach to the issue are problematic. The dogmatism adopted both conceals the uncertainties (epistemological and ethical) and confounds the problem.
Posted by SJ at 11:09